An author, speaker and the founder of US VetWealth, a lifestyle and financial consulting brand that helps service members go from paychecks and government benefits to wealth and legacies.

Why do we just trust the Wall Street marketing machine with our money, and let the financial planning industry take so much from us in fees, when they actually have no idea what's going on?

It’s because these are the tools we have to play with. This is the game we are in. So let's be real. Let's figure out how to get that game to work to our advantage.

After graduating from the U.S. Military Academy at West Point soon after September 11th, 2001, I served in Iraq and Germany. In late 2008 I separated to begin a career as a financial advisor serving American military and DOD personnel stationed in Stuttgart, Germany. It seemed like an amazing opportunity and a way to truly give back by serving others. But I was wrong. My last day in uniform was on September 10th, 2008. Lehman Brothers collapsed on the 15th.

SH*T. HIT. THE. FAN. Whoops. Nothing like being a self-employed rookie in an industry that was rapidly imploding before my eyes while trying to make ends meet in a foreign country! All this while I was struggling with my identity after taking off the uniform.

As a new financial advisor, I went through all the required trainings. I learned the so-called agreed upon military financial planning standards. I followed the rules, regulations and compliance of how everybody is "supposed" to save their money if they’re doing all the "correct" things from a fixed income perspective. I came to discover this is mostly useless info for high income earners. And really is a marketing a sales strategy that the entire industry uses to sell to people with money.

Like all new financial advisors, I didn’t know any better, so I served my clients in that capacity. I kept at it for two years, burned through all my savings, lost my girlfriend, had no prospective business clients, and to top it off, I had no guidance from my mentors, who had 30+ years of experience and were now as lost in the sauce as I was after this surprising financial collapse (which says a lot about the fallacy of financial planning).

My wake-up call came while working with a young woman that I always considered my best client and a good friend. She was a former Air Force officer working over in Germany as a Project Manager for one of the DOD contractors overseas. As a single, 38-year-old former Air Force officer, she was doing everything “right” financially, and she had already managed to save $750,000, the majority of it in retirement accounts. She liked to go on weekend trips and really enjoy life. Any moment she could get away from work, she would travel. Her Facebook photos showed it. It was amazing to watch her.

She started to fall in love with going down to Africa to work with nonprofits and charitable organizations in Kenya and Ethiopia. I’m sure she thought she had a stable lifestyle. But every time we’d get together, she was always confused about how we did the retirement planning. She didn’t want to take risk in the markets. So we had her invest in low risk vehicles that offer absolute guarantees, in case the stock market crashed.

Then she got very passionate about these trips to Africa, and one day she asked me, "Scott, what if I quit my job, used $20K, and went down to Africa and travelled the world for a year? Could I do that?"

She was so nervous about the idea of quitting her job and using her money. This was at about the same time that I was starting to have philosophical problems with traditional financial planning. So I said, "Yes! Take the money! Use $50K if you want to. You have enough. You don’t spend it. Use your money. Go enjoy the life you want.”

And then she fired me.

She sent emails to my supervisor about me being in over my head. And that’s when I realized that I wasn’t in over my head — everybody else was doing financial planning wrong. She had literally created the opportunity to do whatever she wanted, but somehow she had it in her mind based on all the poor information that society gives us that she couldn’t do it. 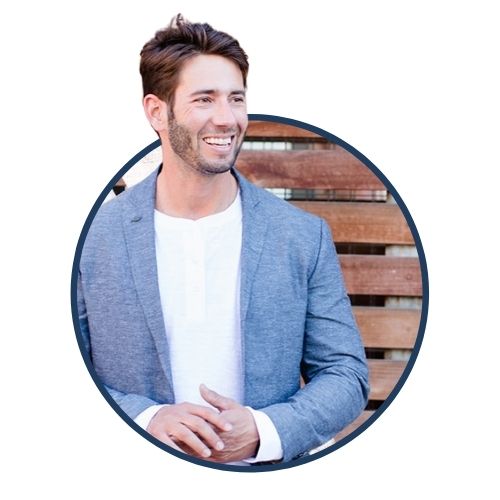 Veterans have been taught to manage their money, but they are told to be afraid of actually using it.

From that point on, I believed that if I was being a “financial advisor” doing things the way that financial professionals are all told to do, then I was failing at providing true value to my clients. I wasn’t truly helping people.

Anyone who has a passion they want to realize or a mission they want to accomplish needs money to do it, and I wasn’t having these kinds of conversations with my clients. All I was doing was telling people to do a budget and save for retirement. I wasn’t encouraging and enabling them to pursue their passions or life goals; I wasn’t allowing them to serve, to become the person they wanted to be.

At one point I realized… I’m not even having that conversation with myself! That was a wake up call.

Around the same time, I noticed that I wasn’t the only veteran struggling with the transition into post-military life. Finding a job, which is what transition is typically considered to be about, is about money. I think it’s fair enough to say that sooner or later, everything comes back to money. But no one else was tying all of these things together.

How to work with Scott:

In most cases Scott works directly with any client of US VetWealth as needed to provide consulting and services as needed.

Note: You do not need to hire Scott separately to use the primary US VetWealth programs. His services are included.

Scott has written a number of books for career military families and high income veterans that are available on Amazon.

Note: You don't have to pay for Scott's books! They are available in PDF form for free on the website or use the contact us form to request a book. 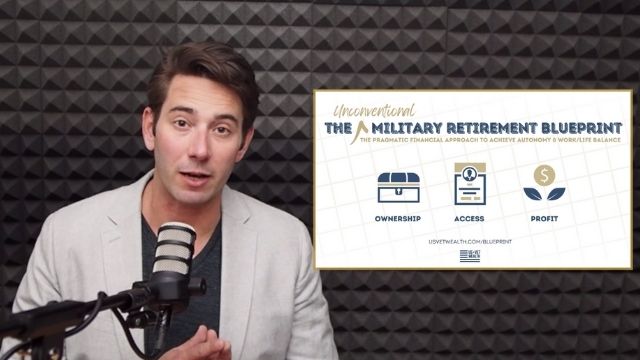 Why you should hire Scott for personal consulting:

Scott's personal consulting rate is $199/hr. Payable prior to booking.

Copyright 2022 US VetWealth, all rights reserved.

Find out which survivor benefit plan replacement strategy is right for you and how to qualify.

Find out which private pension strategy is best suited to protect and grow your life savings.

Click here if you are seeking other services from US VetWealth.