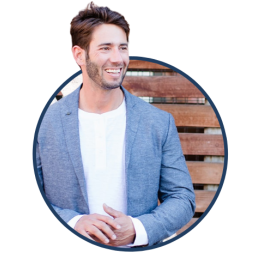 Recently, in a conversation I was having on LinkedIn, it came to my attention that I have some pretty controversial ideas about the new Blended Retirement System (BRS). In short, I think that the BRS model creates a poverty mindset. A poverty mindset is an underlying belief that you will never have enough money. People with a poverty mindset are always worried about money. Thrift Savings Plan (TSP) has its own issues. And just like how TSP is a 401k military retirement planning model that does little to truly give a veteran financial control.

Obviously, the BRS―and the pension systems and the TSPs and 401(k)s that comprise them―have their place. They’re a safety net for those whose life plan is to work for their entire lives and save for retirement. That’s a very common and reasonable choice, and it’s the one that most people make. The BRS, pension systems, and 401(k)s were set up with these people in mind. But not everyone wants that kind of life, and there is a TON of opportunity out there for those who don’t.

While some people see the "is TSP a 401k" as a path to wealth, I see veterans who are being misled down a path of mediocrity. This is a real shame, when there is so much more abundance and opportunity available to them in our society right now. People don’t acquire real wealth by funneling money into 401(k)s and pension plans. Neither do people get wealthy by working 9-to-5 for somebody else. The 1% of people in this world who are wealthy got that way by leveraging their assets and resources to create the life and the future that they want.

THERE IS OPPORTUNITY OUT THERE.

People successfully “buck the system” all the time. But not many. Most people want the comfort and security of their safety blanket (401(k) retirement plans). They believe that this safety blanket will insulate them from a future of poverty or want. Whether or not that is actually the case is a subject for another blog post all together.

The point of this blog post is that transitioning veterans need to understand that the status quo is merely one option for how to organize your financial life.

Here at US VetWealth, we know we’re not for everybody. In fact, we’re so conscious of that fact that we have taken the time to very clearly define our ideal customer: we serve the 1% who serve our country: our service members, our veterans, and our military spouses who sacrifice their liberty and their freedoms to serve in the defense of our country. We believe that they deserve more than the status quo, especially when they have the resources and the will of the American people behind them. We believe they belong with the 1% who can influence the rest of the country, and what distinguishes that influential 1% from everyone else is wealth and liberty. What this means is that our service members, veterans, and military spouses need to create wealth and liberty for themselves, not just save for retirement.

Saving for retirement is where the poverty mindset comes in. The logic and motivation behind the wondering is TSP a 401k plan is that a person should sacrifice financially now, so that they can be financially secure later. That sounds reasonable, until you take into account that what’s being sacrificed isn’t money; that is, it isn’t money in and of itself or the consumer goods it can be traded for. What people are really sacrificing is OPPORTUNITY. They are sacrificing innovation.

They are sacrificing positive change in our communities. We are seeing entire generations of people who have a passion for service and the ability to lead, but instead of serving and leading in the post-military phase of their lives, they’re taking the path of least resistance. They’re falling in with the status quo because that’s what they’re being told is the “smart” thing to do. These would-be innovators and leaders have internalized the idea that they can’t afford to use their money to finance their dreams now.

This is why I'm so focused on finding those 1% in our community who want to dive into our modern economy and use their resources NOW to serve and lead in our communities in whatever way resonates the most powerfully with them. Oh, and along the way, they can create real wealth for themselves.

At US VetWealth, we aren’t about money and making you rich. We want to talk to you about what you want to do with your TIME. We want to show you how to position yourself to have power and influence for the greater good, for those whom you are meant to serve. A TSP is a 401(k) approach keeps your focus on yourself and how much money you have: this is how these plans create a poverty mindset. We want to help you use your money to serve other people by creating value in the world.

Up to now I have been talking about wealth and liberty as an alternative to the Thrift Savings Plan and 401(k) model, but what about all those people out there who don’t even have a 401(k) or similar plan? My theory is that there is little incentive for people to save for something as abstract and far into the future as “retirement,” so they don't do it. Retirement is so far away that most people can’t even imagine it. And those who are contributing to one are locking up all of their money in such a way that they can’t do anything with their lives but retire.

Our private pension account strategy gives you as a veteran the opportunity to do more with your life now. Being active on LinkedIn, being intentional with your personal opportunities, your personal brand, and building your human capital gives you the flexibility to do things that a 401(k) pension system simply cannot do. If you want to talk to us about how you can leave the poverty mindset behind and move on to your next life’s mission (and create wealth while you’re doing it!) then reach out to us for a consultation today.

About the Author Scott R. Tucker

Scott R. Tucker is an author, speaker and the founder of US VetWealth, a lifestyle and financial consulting brand that helps US Military Retirees achieve more autonomy and work/life balance. He likes to say, "I help the 1% who serve our country become the 1% who influence It." A West Point graduate, serial world traveler, military financial expert, and entrepreneur, Scott brings valuable experience and insight to those who have sacrificed so much in service to our country.